The worst networker on the planet

I am seriously the worst Networker on the planet. The main reason is that when I started, I just didn’t think too much about it. I had three little children at 6, 2 & 7 months old, so I had very little time. And at the start of my journey, other than working and being a mum, I didn’t know whether my business was going well… or terribly! I had nothing to compare it to.

I read some books like ‘Tipping Point’, ‘The 22 Immutable Laws of Marketing’ and the front cover of Eat that frog (which was enough to get the message). We literally went from zero to 100 stores in four years and most of this was achieved working from my home with a very small team. Luckily my mentors came to me.

Geoff Harris was the co-founder of Flight centre, one of Australia’s great success stories. For no reason other than wanting to help an eager, enthusiastic young lady, he met with me over a four month period, shared some diamonds of advice and then decided to invest. We continued to meet on a weekly basis for years.

My husband was also great support and a sounding board. I would walk in at night completely frazzled and with one word he would calm me down and give me perspective. As you may know, perspective is one of the biggest things we lose when starting up a new business. The other way I gained valuable advice was through sourcing successful businesses people who were ahead of me on their business journey and simply asking them for a coffee.  One gentleman was James Fitzgerald who started Muffin Break, and who was very generous with his knowledge of what to do and what not to do. The other was the beautiful Lesley Gillespie, who is the co-founder of Bakers Delight. We used to catch up on a monthly basis and she was incredibly generous with not only her knowledge of business but also her expertise around systems and processes.

The first actual networking event I went to was the Telstra Business Women of the Year Awards, where I was fortunate enough to win four years after starting my business. It opened my eyes to what some other women were achieving, which was incredibly inspiring, and 11 years on I have very dear friends from this experience who I still catch up with.

I now mentor people internally in my own business, as well as young business people who are out there having a crack. Through my role as Shark on Shark Tank, I have met and given advice to many businesses, even ones that I did not do a deal with.

But let’s go back to the premise of this article, which is what I learned from my mentor. You have to remember that I did not come from a business background. My background was working as a stewardess on David Bowie’s boat and being a nanny in France! …Ok, I did run a movie cinema but nothing really prepared me for running a business.

Geoff Harris’s biggest lesson for me was to continue to break the business down into smaller groups and make sure that everyone was rewarded and measured on what they could actually do to make a difference in the business. Before he came into the business I had a black hole of expenses, which, thanks to his advice, was turned around in weeks. From then, everyone was accountable for every cent that they spent. This made a massive different in culture, accountability and profit. Jeff was great in teaching me about marketing and even today I live by the same marketing rules that we did from the very beginning, which is make sure we know and live our belief and continue to be juxtaposed in everything we do.

In some respects not having a mentor early was the best thing that could have happened to me, as no one told me that I could not achieve what we have achieved and I just used basic common sense and tenacity to get the business to where it is today. Sometimes naivety is your best friend.

Inside The Shark Tank 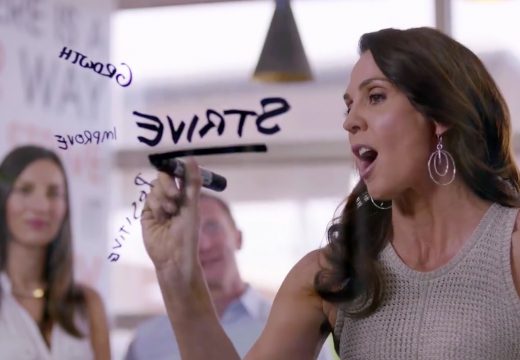 The most valuable asset you’ve got 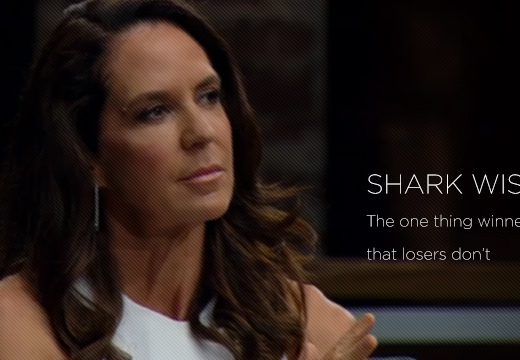 Shark Wisdom: The one thing winners have that losers don’t

April 19, 2015
Previous Post Why Leaders Can't Be Friends With Their Employees
Next Post Start Managing Your Time or Your Time Will Manage You